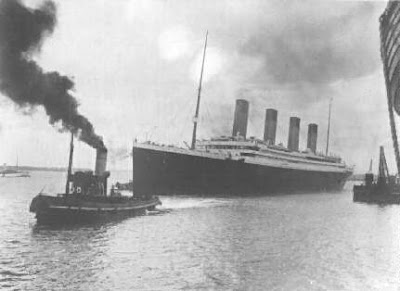 The RMS Titanic being towed
From Live Science:

The time people have during survival situations might affect whether they behave selfishly or socially. Examining two shipwrecks, the Titanic and the Lusitania, researchers recently found the longer passengers had to react to the disaster, the more likely they were to follow social mores. The less time, the more selfishly passengers behaved.