Are We Becoming More Stupid? Human Brain Has Been 'Shrinking For The Last 20,000 Years' 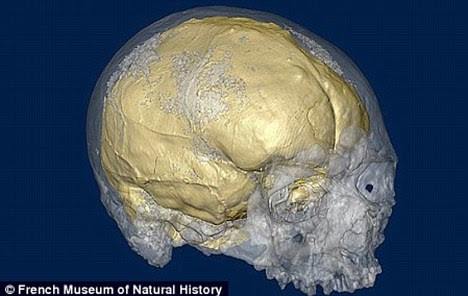 Old big head: A 3D image replica of a 28,000-year-old skull found in France shows it was 20 per cent larger than ours
From The Daily Mail:

It's not something we'd like to admit, but it seems the human race may actually be becoming increasingly dumb.

Man's brain has been gradually shrinking over the last 20,000 years, according to a new report.

This decrease in size follows two million years during which the human cranium steadily grew in size, and it's happened all over the world, to both sexes and every race.

My Comment: Are we devolving?
Posted by War News Updates Editor at 12:00 AM No comments: