Are Terminator-Robots The Soldiers Of The Future? 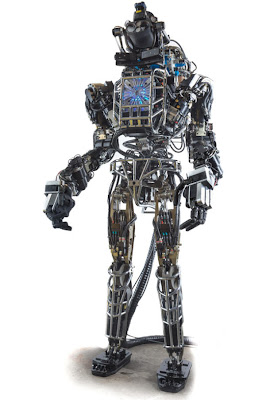 Atlas looks like the prototype for a future robot infantryman, and it can tackle rough terrain and carry human tools. Can you say "Skynet"?

If you're short of nightmare fuel, say hello to Atlas.

On Thursday, DARPA unveiled this hulking, 6-foot robot developed by Boston Dynamics, creator of the infamous BigDog and other scary creatures. Surprisingly, the 330-pound terror is designed to help us meatsacks.

Atlas is a testbed humanoid for disaster response, but it looks like it knows its way around a phased plasma rifle in the 40-watt range. Fortunately, it comes from Massachusetts, not the future.

We've seen hints of Atlas with Boston Dynamics' Petman soldier robot, which can do pushups and run on a treadmill.