The Future Of Wind Turbines? 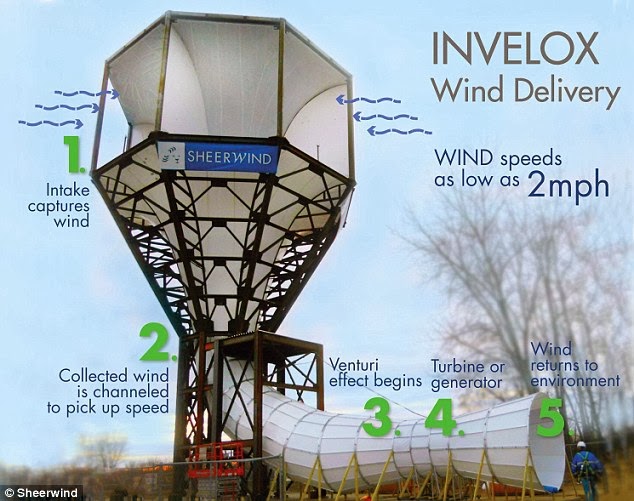 Sheerwind has designed an alternative to bladed wind systems that uses a series of funnels and tubes. Its Invelox turbine, pictured, directs winds into a funnel and through a tube to the turbine's generator on the ground. Sheerwind claim it produces 600% more energy than the traditional designs

Wind turbines may be considered an eco-friendly way to generate electricity, but they're heavily criticised for blotting the landscape and killing hundreds of birds.

Minnesota-based Sheerwind has designed a bizarre-looking alternative to these bladed systems that uses a series of funnels and tubes.

In its Invelox turbine, winds as low as 2mph are directed into a funnel and through a tube to the turbine’s generator on the ground.

My Comment: If true .... this is a big game changer in the wind industry.
Posted by War News Updates Editor at 12:00 AM 1 comment: