The World Is Now Flowing Around The U.S. 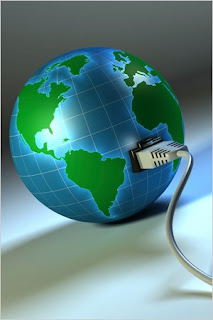 Internet Traffic Begins To Bypass The U.S. -- New York Times
SAN FRANCISCO — The era of the American Internet is ending.

Engineers who help run the Internet said that it would have been impossible for the United States to maintain its hegemony over the long run because of the very nature of the Internet; it has no central point of control.

And now, the balance of power is shifting. Data is increasingly flowing around the United States, which may have intelligence — and conceivably military — consequences.

How Strong Can A Hurricane Get? 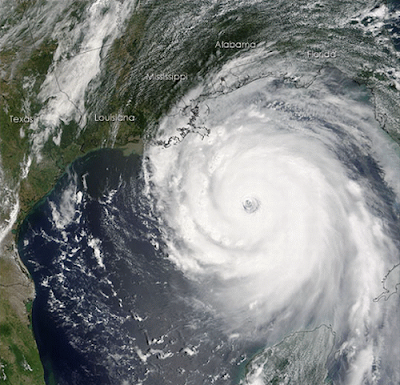 Hurricane Gustav, churning toward the Gulf Coast now, has a small chance of becoming a Category 5 storm before it makes landfall, according to the National Hurricane Center. That would put its winds at 156 mph or stronger. Such winds would devastate most buildings and trees in the storms path. Little would be left standing.

There is no such thing as a Category 6 storm, in part because once winds reach Category 5 status, it doesn't matter what you call it, it's really, really bad.

Category 5 on the Saffir-Simpson hurricane scale has no upper bound, on paper. But in theory, winds from a powerful hurricane could blow the scale out of the water, scientists say. 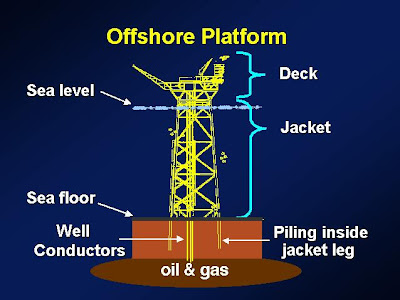 Schematic of typical Gulf of Mexico offshore oil or gas platform.
Katrina Lessons in Mind, Oil Companies Prep
Platforms for Gustav -- Popular Mechanics
HOUSTON — When Hurricane Katrina roared through the Gulf of Mexico three years ago, it ripped the drilling rig atop Royal Dutch Shell's Mars platform from its clamps and slammed it back onto the top deck in a crumpled pile of steel.

But the company's Ursa platform, just 7 miles to the east, emerged unscathed as 80-foot waves and 175-mph winds hammered the region.

Some structures may get the brunt while others don't, or a storm may expose an unanticipated weakness.

In the case of the two Shell structures, the platforms themselves withstood the storm, Marshall said. The damage at Mars stemmed from clamps and bolts that failed to hold its drilling rig to beams. The repaired rig now has stronger clamps. 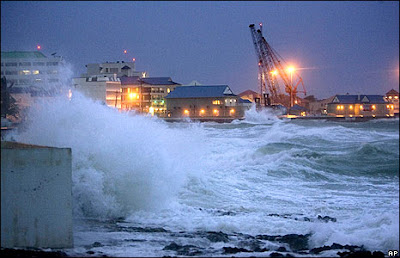 Converting One Cell Into Another

Going From One Cell Type to Another Without
Using Stem Cells -- Wired Science
In an unprecedented flourish of genetic alchemy, scientists used a virus to coax one type of cell to become another, without the intermediate stem cell step.

The research, conducted with cells from the pancreas, could soon be used to treat people with diabetes -- but its long-term impacts could be even greater.

"This represents a parallel approach for how to make cells in regenerative medicine," said Douglas Melton, co-director of the Harvard Stem Cell Institute. "And now that it's shown that you can turn one of your cells into another, it makes you think of what other cells you'd like to convert."

Scientists Close In On Mass Killer Of Life On Earth 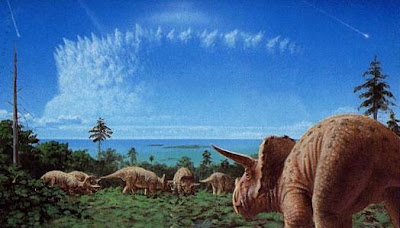 WASHINGTON — It was the greatest mass murder of all time — poison everywhere! billions slain! — but the killer or killers have never been positively identified.

An estimated 95 percent of all marine species and up to 85 percent of land creatures perished, according to Peter Ward, a paleobiologist at the University of Washington in Seattle.

Scientists call it "The Great Dying." Life took millions of years to recover.

Scientific sleuths, however, now think they're making progress toward pinning down what caused the extinction of most plants and animals on Earth some 251 million years ago. 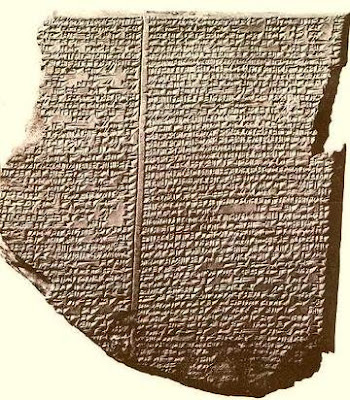 Babylonian Epic of Gilgamesh
Secrets Of Immortality Could Be Tantalisingly
Close -- The Telegraph
The most extensive survey of anti ageing research ever conducted has concluded that a longevity pill to "cure" ageing remains a possibility.
- Antiageing drug shows promise in first human test
- New target for longevity pills
- Scientists find elixir of eternal life - in a worm

However, the current state of knowledge is inadequate to be sure.

The inevitability of ageing and death has fascinated humanity for millennia and is at the heart of the most ancient known mythology, the Babylonian Epic of Gilgamesh, where a Sumerian king tells of his desire to escape death and his ultimate realisation that only through lasting works of culture can he achieve immortality.

Many scientists work on mechanisms that determine lifespan in "model organisms" such as worms, flies and mice but there have been persistent doubts about whether this work is really relevant to humans and whether we may yet manipulate lifespan with drugs, genetic knowledge or fine-tuning diet.

This Pill Will Change Your Life 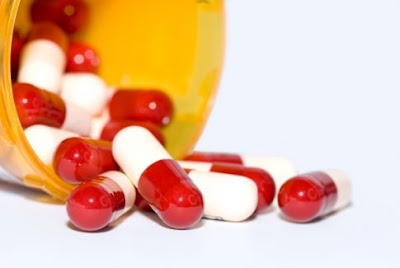 Magic Meds: Tomorrow's pills will cure everything from cancer to aging. Photo by iStockphoto
From Popsci.com:

A drug to cure cancer. Another to halt aging. In the not-so-distant future, these six drugs—already in the works—will change how we live, and even how we die

Along with flying cars and underwater bubble cities, pills curing every ill are a staple of science fiction. But while aero-autobahns and submerged metropolises have not moved any closer to reality, medical science has advanced to the point where pills once considering miraculous may soon be a reality. Popular Science has a rundown of the top future pills that may one day change your life. Launch it here.
Posted by War News Updates Editor at 5:42 PM No comments:

There's a new video from Good Magazine that explains the viewpoint of those who believe that using crops for biofuels isn't good for the environment with simple and clear language. The short clip references articles from newspapers such as the LA Times and the NY Times, as well as official agencies like the DOE. The video outlines the reasons as follows: if high demand and fear of the short of supply make oil prices rise, then biofuel producers use feedstock to make their biofuels. Then, the high oil prices and the shortage of feedstocks make food more expensive, giving us the global crisis we've seen recently. If you think that the light relief from recent cuts in oil prices is enough to keep us saved, keep this video in mind. Watch it after the jump.

The Sad Truth About Wind Power 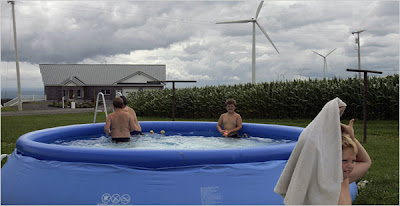 The Maple Ridge Wind farm near Lowville, N.Y. It has been forced to
shut down when regional electric lines become congested.
Wind Energy Bumps Into Power Grid’s Limits -- New York Times
When the builders of the Maple Ridge Wind farm spent $320 million to put nearly 200 wind turbines in upstate New York, the idea was to get paid for producing electricity. But at times, regional electric lines have been so congested that Maple Ridge has been forced to shut down even with a brisk wind blowing.

That is a symptom of a broad national problem. Expansive dreams about renewable energy, like Al Gore’s hope of replacing all fossil fuels in a decade, are bumping up against the reality of a power grid that cannot handle the new demands.

The dirty secret of clean energy is that while generating it is getting easier, moving it to market is not. 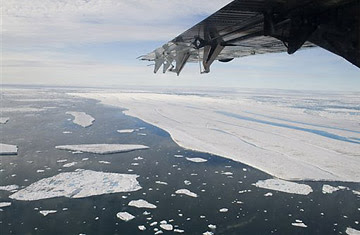 A chunk of ice drifts after it separated from the Ward Hunt Ice Shelf off the
north coast of Ellesmere Island in Canada. Sam Soja / AP
From Times Magazine:

Arctic Ocean sea ice has melted to the second lowest minimum since satellite observations began, according to scientists at the National Snow and Ice Data Center.

Sea ice melt recorded on Monday exceeded the low recorded in 2005, which had held second place.

With several weeks left in the melt season, ice in summer 2008 has a chance to diminish below the record low set last year, according to scientists at the National Snow and Ice Data Center.

"It's an unfortunate sign that climate change is coming rapidly to the Arctic and that we really need to address the issue of global warming on a national level," said Christopher Krenz, Arctic project manager for Oceana.

At Conference On The Risks To Earth, Few Are Optimistic 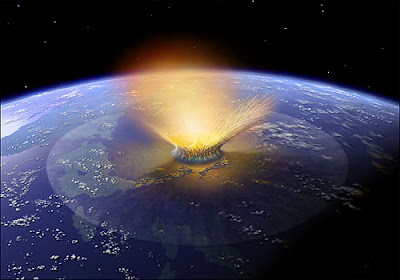 More than 120 scientists, engineers, analysts and economists from 30 countries were hunkered down here for the 40th annual conference on “planetary emergencies.” The term was coined by Dr. Antonino Zichichi, a native son and a theoretical physicist who has made Erice a hub for experts to discuss persistent, and potentially catastrophic, global challenges.

The participants were not particularly optimistic. They presented data showing that the boom in biofuels was depleting Southeast Asian rain forests, that “bot herders” — computer hackers for hire — were hijacking millions of computers, and that the lack of progress over handling nuclear waste was both hampering the revival of nuclear energy and adding to terrorism risks.

This Is So Cool 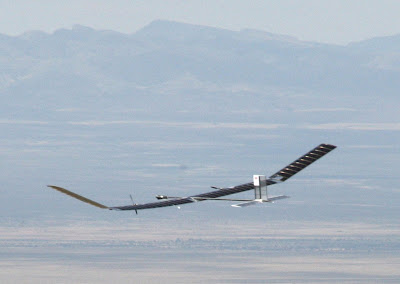 The Zephyr-6, as it is known, stayed aloft for more than three days, running through the night on batteries it had recharged in sunlight.

The flight was a demonstration for the US military, which is looking for new types of technology to support its troops on the ground.

They could also be used to relay battlefield communications. 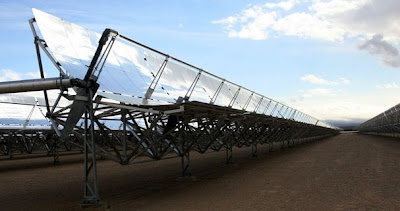 From five miles away, the Nevada Solar One power plant seems a mirage, a silver lake amid waves of 110 degree F. desert heat. Driving nearer, the rippling image morphs into a sea of mirrors angled to the sun.

As the first commercial “concentrating solar power” or CSP plant built in 17 years, Nevada Solar One marks the reemergence and updating of a decades-old technology that could play a large new role in US power production, many observers say.