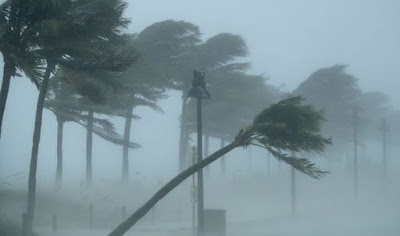 Next Big Future: Was there global warming in the 1880s? Because 25 hurricanes hit the USA in that decade

A total of 293 Atlantic tropical cyclones have produced hurricane-force winds in every state along the Atlantic Ocean and Gulf of Mexico, as well as Pennsylvania. Florida more than any other hurricane.

CNN and Jeffrey Sachs are blaming the three hurricanes that hit the USA this year on climate change. The 1880s were the most active hurricane decade for the United States, with a total of 25 hurricanes affecting the nation. Does this mean that 1880s had the most climate change hurricanes?

CSN Editor: Another example on why more research on understanding climate change needs to be done.
Posted by War News Updates Editor at 12:00 PM No comments:

Amazon's List Of HQ2 Contenders Is Now Down To 20 Finalists 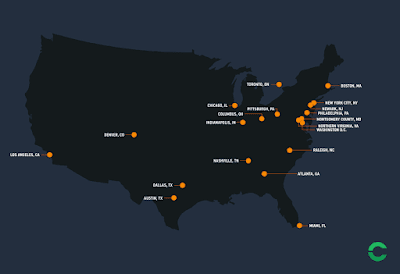 (Click on Image to Enlarge)
The top 20 finalists. (Madison McVeigh/CityLab)

The list skews toward larger cities and metropolitan areas along the Eastern corridor, stretching as far north as Toronto and as far south as Miami. And it looks like some of the economic incentives might be paying off.

We’re one step closer to finding out where Amazon’s coveted HQ2 will call home. The company has whittled down the list of 238 cities to 20, it announced Thursday morning. The list of finalists skews toward larger cities and metropolitan areas along the Eastern corridor, stretching as far north as Toronto and as far south as Miami.

CSN News: My money is on Dallas/Austin or Atlanta.
Posted by War News Updates Editor at 9:00 AM No comments: 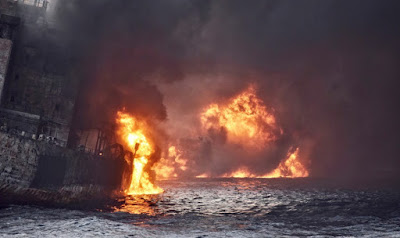 The Sanchi engulfed in flame on January 13. China Daily via Reuters

The Atlantic: The World Has Never Seen an Oil Spill Like This

A tanker that sank off the Chinese coast was carrying “condensate,” a mix of molecules with radically different properties than crude.

Over the last two weeks, the maritime world has watched with horror as a tragedy has unfolded in the East China Sea. A massive Iranian tanker, the Sanchi, collided with a Chinese freighter carrying grain. Damaged and adrift, the tanker caught on fire, burned for more than a week, and sank. All 32 crew members are presumed dead.

Meanwhile, Chinese authorities and environmental groups have been trying to understand the environmental threat posed by the million barrels of hydrocarbons that the tanker was carrying. Because the Sanchi was not carrying crude oil, but rather condensate, a liquid by-product of natural gas and some kinds of oil production. According to Alex Hunt, a technical manager at the London-based International Tanker Owners Pollution Federation, which assists with oil spills across the world, there has never been a condensate spill like this.

CSN Editor: This is as bad as it gets.
Posted by War News Updates Editor at 6:00 AM No comments:

China Wants To Be A Leading Player In Artificial Intelligence 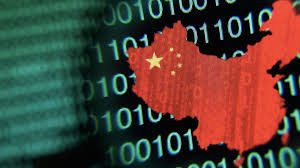 On this week's Tech Tent we hear why China's determination to be a leading player in artificial intelligence could lead to tensions with the United States.

CSN Editor: China has the resources, people, and ambition to be a leader in AI. I would take them very seriously.
Posted by War News Updates Editor at 3:00 AM No comments:

These Small Rockets Are Designed To Launch Small Satellites 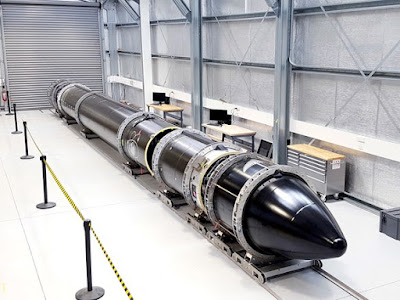 Wired: The Little Rocket That Could Sends Real Satellites to Space

The launch company Rocket Lab has amusing names for its missions. The first, in May, was called “It’s a Test” (it was). When the staff debated what to call the second launch of their diminutive Electron rocket, so sized (and priced) specifically to carry small satellites to space, they said, “Well, we’re still testing, aren’t we?”

They were. And so “Still Testing” became the name of Rocket Lab’s second launch, which took place on January 20, at around 8:45 pm Eastern Standard Time. In December, the company canceled multiple attempts before rescheduling the launch window for 2018. The livestreamed rocket lifted off from the Mahia Peninsula in New Zealand, headed for someplace with an even better view.

CSN Editor: They want the small payload-satellite niche. More signs on how the commercialization of space continues.
Posted by War News Updates Editor at 12:00 AM No comments: