Coldest Winter In UK For More Than 30 Years... But Met Office Defends Its Long Range Forecast 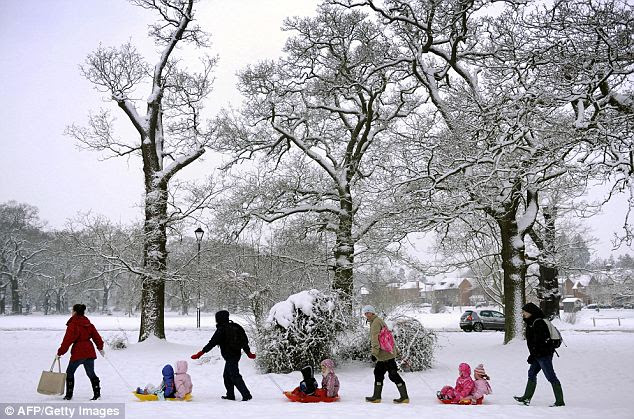 Mothers tow children on their sledges in Hampshire, in January. The Met Office has confirmed that 2009/10 winter was the coldest since 1978/79
From The Daily Mail:

Perhaps someone should ask workers at the Met Office to take a rain check on their optimism.

After predicting just a 20 per cent chance of a colder than average winter, they were left embarrassed again when official figures revealed it was the coldest for more than 30 years.

Temperatures in December, January and February struggled to stay above zero, with the UK's average a chilly 1.5c (35f), making it the deepest freeze since 1978-79.