Fears That U.S. Banks Are Now Being Targeted For Cyber Attacks 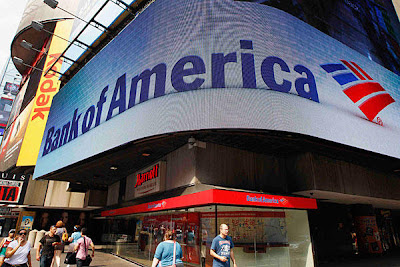 Tourists walk past a Bank of America banking center in Times Square in New York in this June 2012 photo. Brendan McDermid/Reuters/Files

Cyberattacks On US Banks Resume, Aiming To Block Their Websites -- Christian Science Monitor

The latest cyberattack mirrors one in early fall that targeted websites of major US banks. Security experts say the attacks appear to be the handiwork of a group tied to Hamas, which the US lists as a terrorist organization. A massive new wave of cyberattacks aimed at blocking access to US banking websites has resumed after a three-month break, but with only mild impacts reported so far despite its size, cybersecurity experts report. Cybersecurity experts analyzing the distributed denial of service (DDoS) attacks – which shoot data from myriad computers to clog the Internet pipes at the target site – say the attacks that began early Tuesday are similar to those that struck banks' website server computers in mid-September and continued for several weeks.


More News On U.S. Banks Being Targeted For Cyber Attacks

Leaked Images Show 'The Next Blackberry'

* Images suggest that like Apple's device the Blackberry will have chunky bezels at top and bottom
* Device set to be Research In Motion's make or break product, with launch expected at the end of January
* Pictures leaked by a Vietnamese tech site

These pictures purport to show the phone which BlackBerry maker Research In Motion hopes will halt its seemingly inexorable slide out of the mobile business. Sourced from a Vietnamese tech news site they show a gadget that's sleek, shiny and futuristic - and that looks suspiciously like an iPhone. The images suggest Research In Motion has finally dropped the full keyboard that was their brand's virtual trademark in favour of a full touchscreen device.

My Comment: It looks like a winner.
Posted by War News Updates Editor at 1:00 AM No comments:

The Demographic Trends that Will Shape the World -- Joseph Chamie, Real Clear World
While governments and institutions try to grapple with economic uncertainty and volatility an important factor of relative certainty is often overlooked: demography. One may not know how the markets will behave, but demographic trends can provide instructive and relative certainty for the near term to deal with debt, taxes, unemployment and entitlements, to name a few. Dismissal of major demographic trends, seven of which described below, will in all likelihood result in ill-conceived policies, unsustainable programs and squandered resources. First, at an estimated 7 billion, the world's population is growing at 1.1 percent annually, or 78 million people, half the peak level of 2.1 percent in the late 1960s. Although the world's demographic growth rate is continuing to slow due to declining birthrates, the 8 billion world population mark will likely be reached by 2025. This growth will increase the world's working age population, 15 to 64 years, by 610 million and those aged 65 years and older by 290 million, increases of 13 and 52 percent, respectively.

(CNN) -- If you can't recall everything you loved and hated about 2012, Facebook, Twitter and Google all just released their year-in-review reports. And all three reflect what many of us experienced firsthand: Thousands of strangers gathering to watch a rover land on Mars and a man fall from space. A hurricane slamming the East Coast while the world watched tragedy strike and heroes emerge. Social media, combined with the ability to search and surface information almost instantly, repeatedly brought Internet users together to huddle around the virtual campfire, sharing their stories through image, text and sound.


CSN Editor: For more on the trends: 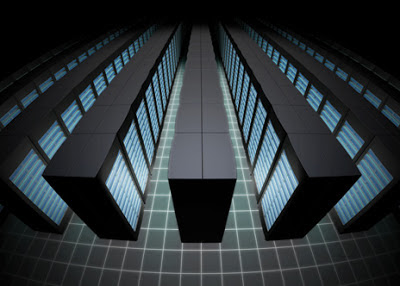 Supercomputers are now running our search engines and social networks. But the heady days of stunning performance increases are over. Supercomputers are the crowning achievement of the digital age. Yes, it's true that yesterday's supercomputer is today's game console, as far as performance goes. But there is no doubt that during the past half-century these machines have driven some fascinating if esoteric pursuits: breaking codes, predicting the weather, modeling automobile crashes, simulating nuclear explosions, and designing new drugs—to name just a few. And in recent years, supercomputers have shaped our daily lives more directly. We now rely on them every time we do a Google search or try to find an old high school chum on Facebook, for example. And you can scarcely watch a big-budget movie without seeing supercomputer-generated special effects. So with these machines more ingrained than ever into our institutions and even our social fabric, it's an excellent time to wonder about the future. Will the next decade see the same kind of spectacular progress as the last two did? Alas, no.

My Comment: An excellent report on the next generation of supercomputers. Read it all.
Posted by War News Updates Editor at 12:00 AM No comments: