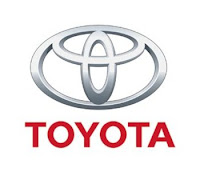 Toyota, the world's top-selling automaker, recently announced a recall of up to ten million of its vehicles over reports of sudden uncontrollable acceleration. But it's not clear exactly what the problem is.

Some suspect sticking gas pedals, others believe it's a computer glitch. Whatever's causing it, the problem can be deadly. According to the National Highway Traffic Safety Administration, the Toyota recalls are linked to at least 50 reported fatalities.