An Army Of Hackers Are Now Informing For The FBI 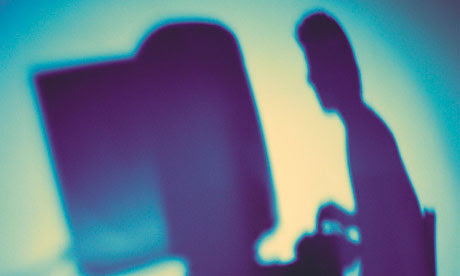 A quarter of hackers in the US have been recruited by federal authorities, according to Eric Corley, publisher of the hacker quarterly, 2600. Photograph: Getty Images
One In Four US Hackers 'Is An FBI Informer' -- The Guardian
The FBI and US secret service have used the threat of prison to create an army of informers among online criminals

The underground world of computer hackers has been so thoroughly infiltrated in the US by the FBI and secret service that it is now riddled with paranoia and mistrust, with an estimated one in four hackers secretly informing on their peers, a Guardian investigation has established.

Cyber policing units have had such success in forcing online criminals to co-operate with their investigations through the threat of long prison sentences that they have managed to create an army of informants deep inside the hacking community.

My Comment: I am skeptical that the FBI list of informers (in the hacking community) is that long .... but it is certainly an effective way to police the internet.
Posted by War News Updates Editor at 6:00 PM No comments: