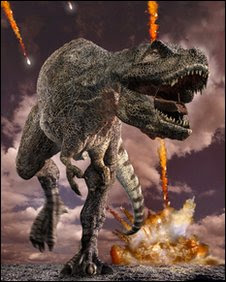 An international panel of experts has strongly endorsed evidence that a space impact was behind the mass extinction event that killed off the dinosaurs.

They reached the consensus after conducting the most wide-ranging analysis yet of the evidence.

Writing in Science journal, they rule out alternative theories such as large-scale volcanism.