A Final Tribute To Neil Armstrong

Neil Armstrong To Be Buried At Sea: Family -- Reuters
CLEVELAND (Reuters) - U.S. astronaut Neil Armstrong, the first man on the moon, will be buried at sea, family spokesman Rick Miller said on Thursday.

Armstrong died on August 25 following complications resulting from cardiovascular procedures. He was 82.

A public memorial service will be held at the Washington National Cathedral on September 13 and will be broadcast live on NASA Television and streamed online at nasa.gov and nationalcathedral.org.

My Comment: I guess he does not want a grave-site turned into a public memorial and place for those to gather and acknowledge his moon-walk accomplishment.
Posted by War News Updates Editor at 12:00 PM No comments:

FBI To Start A Face Recognition System Database Across America 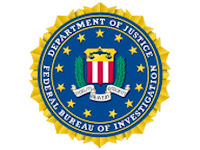 FBI Begins Installation Of $1 Billion Face Recognition System Across America -- RT
Birthmarks, be damned: the FBI has officially started rolling out a state-of-the-art face recognition project that will assist in their effort to accumulate and archive information about each and every American at a cost of a billion dollars.

The Federal Bureau of Investigation has reached a milestone in the development of their Next Generation Identification (NGI) program and is now implementing the intelligence database in unidentified locales across the country, New Scientist reports in an article this week. The FBI first outlined the project back in 2005, explaining to the Justice Department in an August 2006 document (.pdf) that their new system will eventually serve as an upgrade to the current Integrated Automated Fingerprint Identification System (IAFIS) that keeps track of citizens with criminal records across America .

My Comment: It will only be a question of time before no one will be able to hide.

Posted by War News Updates Editor at 11:00 AM No comments: