Mini-Drone Can Watch Neighbors From Above

Domestic Spying: Mini-Drone Can Watch Neighbors From Above -- CBS News
WASHINGTON (CBS) – Your neighbors’ fences are no longer tall enough.

While President Obama takes flak for the US’s use of unmanned drone attacks abroad, there is a smaller, smartphone-controlled drone hovering above urban rooftops and suburban backyards: The Parrot AR Drone 2.0.

The Parrot AR Drone 2.0, listed on Amazon just below $300, is the best way to live out one’s fantasy of being a spy. The miniature drone is controlled through your iPhone or iPad and features multiple sensors, including a hi-definition front-facing 720-pixel camera and a vertical camera looking straight down from the bottom of the miniature quadricopter (four propellers).

My Comment: I can see these drones being used FOBs in Afghanistan and elsewhere.
Posted by War News Updates Editor at 7:00 PM No comments: 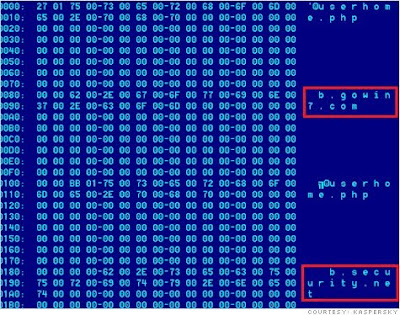 Code from the Gauss virus, a new cyberweapon that attacks bank accounts. CNN
Virus Seeking Bank Data Is Tied To Attack On Iran -- New York Times
A security firm said Thursday that it had discovered what it believed was the fourth state-sponsored computer virus to surface in the Middle East in the last three years, apparently aimed at computers in Lebanon.

The firm, Kaspersky Lab, said that the virus appeared to have been written by the same programmers who created Flame, the data-mining computer virus that was found to be spying on computers in Iran in May, and that it might be linked to Stuxnet, the virus that disrupted uranium enrichment work in Iran in 2010.

My Comment: It looks like someone is monitoring Middle Eastern financial transactions and transfers of money .... and probably for a long time. To build and conduct such a surveillance operation will require huge amounts of money and personnel .... only a handful of countries could do this .... correction .... only 3 or 4 countries can. (U.S., Israel, Russia, and China). My money is on the U.S. and Israel working together on this one.
Posted by War News Updates Editor at 7:00 PM No comments:

The Fracking And Geothermal Energy Revolution 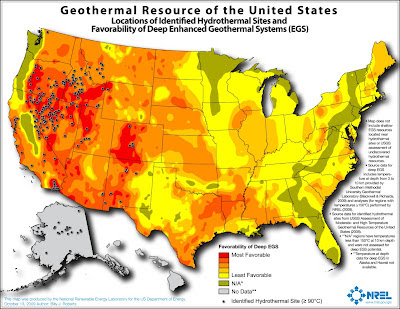 (Click on Image to Enlarge)
Fracking And A Geothermal Energy Revolution -- Energy Tomorrow
In the news: Projects are advancing that use hydraulic fracturing to crack “hot rocks” thousands of feet below the earth’s surface and turn them into geothermal energy-producing zones. Some say it could start a revolution in electricity generation.

Certainly, this map from the Energy Department’s National Renewals Lab, posted on the EnerGeo Politics blog, suggests there’s lots of hot-rock energy beneath the United States – especially in the West: 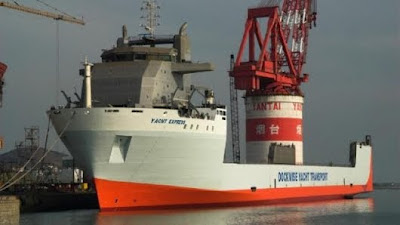 Dockwise's new Yacht Express carrier is launched.
Dockwise Debuts The World's Biggest Purpose-Built Yacht Carrier -- Gizmag
"The majority of yachts do not have the range to reach many of the world's inviting cruising areas and international playgrounds," reads the company's vision statement, but this need no longer be a limitation. Yacht owners simply sail their craft into the massive semi-submersible Yacht Express, where they are securely attached. The owners can then rendezvous with the yacht at its destination, or accompany their craft aboard the carrier in five-star luxury.

My Comment: Owning a yacht is becoming a global social and economic trend .... a development that I am sure will give this ship a considerable amount of business.
Posted by War News Updates Editor at 1:00 PM No comments:

My Comment: It is still years away from any possible development.
Posted by War News Updates Editor at 3:00 AM No comments:

"This is a stunning achievement. The engineering went flawlessly," said Scott Hubbard, who was the first Mars program director at NASA headquarters, and is currently a consulting professor at Stanford University.

The 10 science instruments aboard Curiosity are in "perfect health," and testing and calibration are under way, NASA said Monday.

My Comment: A job well done.
Posted by War News Updates Editor at 2:00 AM No comments:

Japan Marks Hiroshima Bombing Amid Anti-Nuclear Calls -- BBC
Japan is marking the 67th anniversary of the atomic bomb attack on Hiroshima in an annual ceremony.

Tens of thousands of people attended the event, amid growing anti-nuclear sentiment and protests in the country.

Mayor Kazumi Matsui called for a nuclear-free world at the event at the Hiroshima Peace Memorial Park.