Who Caused That Mysterious Leak At The International Space Station? 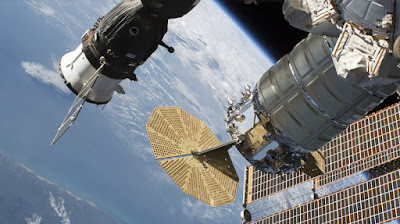 Russian officials are saying that a tiny leak at the International Space Station was likely caused by a human hand. Now, they're trying to figure out who did it, why they did it and whether it happened in space or on the ground.

The crew identified the source of the leak as a 2-millimeter hole in the upper section of a Soyuz MS-09 spacecraft, which is docked in the Russian section of the space station.

"We don't reject any theories," said Dmitry Rogozin, the head of Russia's state space agency Roscosmos, according to state news agency TASS. He added that they're aiming "to find out whether it was an accidental defect or a deliberate spoilage and where it was done ... we will find out, without fail."

CSN Editor: I find it hard to believe that someone did it deliberately. What is more believable is an accident/error in the plant where the space station was built.
Posted by War News Updates Editor at 12:00 AM No comments:

The 25 Best Movie Stunts of All Time


Bookyards editor: This is cool .... The 25 Best Movie Stunts of All Time (Popular Mechanics).
Posted by War News Updates Editor at 9:00 PM No comments: 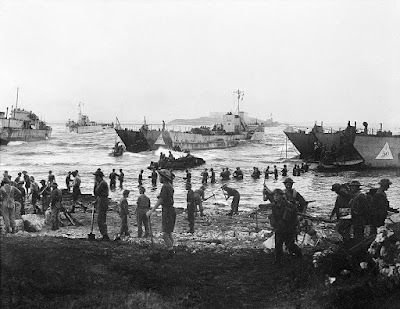 Troops and equipment land on the shores of Sicily during the first day of the Allied invasion on July 10, 1943. Imperial War Museums

Scientists are often recruited during times of conflict to serve the national cause. Generally, when we think of those stolen academics, we think of physicists, chemists, engineers and mathematicians – the type that can either build better weapons or crack the enemies’ codes. That’s fair enough: they certainly made up a disproportionate number of researchers recruited by the military in the 20th Century.

What you may not know, however, is that geologists have played a role in warfare too: the US, UK, Germany and the Soviet Union had their very own secret geological intelligence units that played key roles in the bloodiest conflict in human history. For this particular article, we’ll focus on the role that American geologists played during the Second World War, and in the Cold War, but believe you me – the story of geology and conflict is richer and more bizarre than you could possibly imagine.

CSN Editor:  Considering how important this work was, I am surprised that they only had a few hundred geologists on staff.
Posted by War News Updates Editor at 12:00 PM No comments:

Why Swirling Your Wine Is A Good Thing 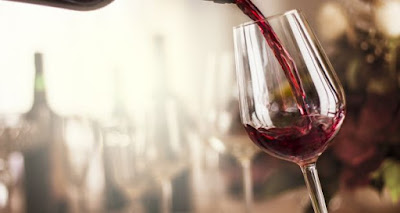 Wine aficionados are known for gently swirling their wine in the glass before tasting, and it isn't as pretentious as it seems. (Well, maybe a little.) They claim the rotation mixes in oxygen and enhances the flavor. Physics backs them up, specifically a mini-subfield dubbed "oenodynamics." The swirling action—technically called "orbital shaking"—creates a rotating gravity wave in the direction of the swirling force being applied, churning up the liquid in the process.

CSN Editor: I do it all the time.
Posted by War News Updates Editor at 9:00 AM No comments: 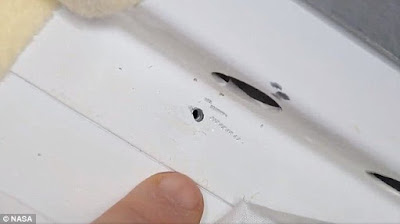 A Russian official has said the International Space Station leak (pictured) could have been caused by deliberate sabotage. A leading theory from an unnamed source at Russia's Energia space manufacturing company has said that the hole was made on the ground

Russia launched checks Tuesday after its space chief said an air leak on the International Space Station last week could have been deliberate sabotage.

Space agency chief Dmitry Rogozin said the hole detected Thursday in a Russian space craft docked at the orbiting station was caused by a drill and could have been done deliberately, either back on Earth or by astronauts in space.

Astronauts used tape to seal the leak after it caused a small loss of pressure that was not life-threatening.

"There were several attempts at drilling," Rogozin said late Monday in televised comments.

He added that the drill appeared to have been held by a "wavering hand."

"What is this: a production defect or some premeditated actions?" he asked.

"We are checking the Earth version. But there is another version that we do not rule out: deliberate interference in space."

Russia suggests International Space Station 'leak' was DELIBERATE sabotage: Officials claim hull may have been damaged before lift-off by someone using a drill with a 'wavering hand' -- Daily Mail
Hole in International Space Station was drilled deliberately, says Russian space agency -- Telegraph
Russia says space station leak may be sabotage -- AFP
Russia Claims Hole In ISS Was ‘Deliberately Drilled,’ Says It's 'Matter of Honor' to Find Culprit -- Newsweek
Mystery surrounds space station leak after reports hole in outside could have been made by a person -- The Independent
That hole in the International Space Station was caused by a drill, not a meteorite, and the search is on for the culprit -- BGR
So no meteorite? Reports say Russian Soyuz spacecraft depressurization caused by drilled hole -- RT
Posted by War News Updates Editor at 9:00 PM No comments:

A Look At How Birkenstocks Are Made

Cathy Horyn, The CUT: The Dwarf, the Prince, and the Diamond in the Mountain

An unlikely fable, in which Birkenstocks become cool and double sales overnight.

The city of Görlitz in eastern Germany is three hours from Berlin and two minutes from Poland. Miraculously, Görlitz was not bombed during the Second World War, and even more miraculously, its architectural treasures — Gothic, Baroque, rococo — were merely allowed to rot during the Communist era. Nothing was torn down. As a result, whole streets resemble a movie set, ideal for a colorful Saxon fairy tale (like Wes Anderson’s The Grand Budapest Hotel, which was shot here) or a bleak Cold War thriller.

In June, I traveled to this corner of Germany with the photographer Juergen Teller to cover a company whose long history has been similarly marked by accident and fortune. For Görlitz is where a high percentage of Birkenstock’s cork-and-leather sandals are made; the company is headquartered near Bonn, and the family that has owned the business since 1774 lives mostly outside Germany.

CSN Editor: I had a pair about 25 years ago. It is good to see that they are still in business.
Posted by War News Updates Editor at 6:00 PM No comments: 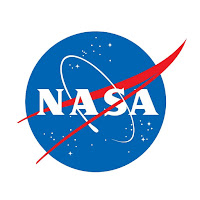