The James Webb Space Telescope is the heir apparent to the Hubble Space Telescope
NASA
After Hubble: Will Budget Woes Kill NASA's Next Great Telescope? -- Time
Over the past hundred years or so, the science of astronomy has been utterly predictable, in an utterly unpredictable sort of way. Decade after decade, telescopes got steadily bigger and more powerful, and expanded their range beyond ordinary visible light into the hidden realms of ultraviolet, infrared, radio waves and more. And with every one of those leaps, astronomers discovered something unexpected and astonishing — massive black holes spewing blasts of energy into space, tiny neutron stars spinning a thousand times a second, dark matter pushing galaxies around like toys, and even the afterglow of the Big Bang at the dawn of time.

Breath-Taking Snaps Of Galaxy Seen With The Naked Eye 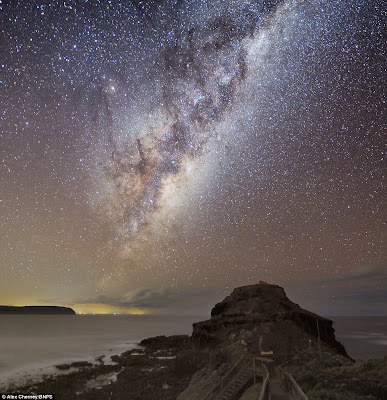 Stunning: Photographer Alex Cherney has dedicated his life's work to capturing the night sky as it is rarely seen by humans by using just an ordinary digital camera
The Milky Way So Close You Can Almost Taste It: Breath-Taking Snaps Of Galaxy Seen With The Naked Eye -- The Daily Mail
A star-gazer has come a little bit closer to the final frontier - after spending 18 months photographing the night sky.

With just an ordinary digital camera, Alex Cherney turned thousands of snaps into an incredible time-lapse video of the cosmos.

Using long exposures to allow more light in, these breath-taking pictures from the southern tip of Australia demonstrate how he captured the dramatic way the sky changes at night. 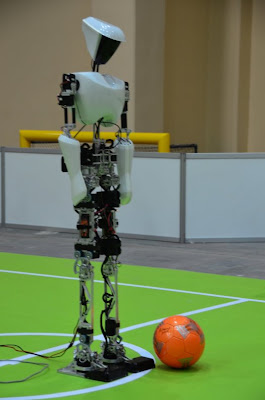 In the finale of RoboCup 2011, two Virginia Tech robots took top honors in the adult-size and child-size categories. The full-size humanoid CHARLI-2, making its public debut at RoboCup, won the adult-size robot soccer match with a penalty kick, beating Robo Erectus of Singapore 1-0. 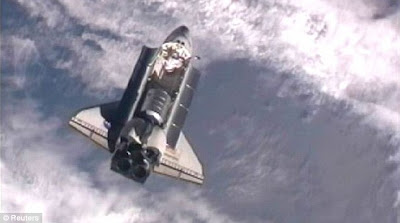 Nasa is monitoring a piece of 'Russian' space junk that looks likely to come dangerously close to the International Space Station during a planned space walk tomorrow.

The debris is heading towards the station, where Atlantis yesterday docked on its final mission.

Scientists are still trying to work out how big the object is and how close it will come to Atlantis. Some believe it originated from a defunct Russian satellite that is orbiting Earth. 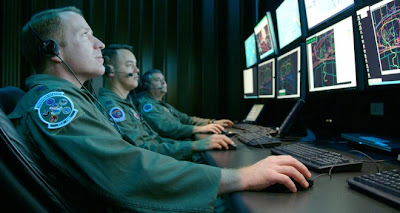 In this last of a three-part series, LiveScience's sister site SecurityNewsDaily explores truths, distortions, confusions and likelihood of cyberwar. Click for Part 1: Cyberwar: Definition, Hype and Reality and Part 2: What Cyberwar Would Look Like.

Even as more and more countries invest in the idea of cyberwarfare, cyberspace remains largely peaceful insofar as actual war is concerned.

In the two decades since cyberwar first became possible, there hasn't been a single event that politicians, generals and security experts agree on as having passed the threshold for strategic cyberwar.

The Space Shuttle Cockpit NASA, via Wikimedia Commons
Ten Tech Innovations From NASA's Space Shuttle That Trickled Down to Non-Astronauts -- Popular Science
Tech designed for the space shuttle program have permeated just about every aspect of our lives. Here are ten you may not know about.

Your life is full of what NASA calls "spinoffs": ideas or products initially designed for NASA's particular (and particularly challenging) uses, but which trickled down to become commercial products. Of course, you may not recognize these items--there's no "made for NASA" sticker, and many of the iconic NASA products (Tang, Teflon, Velcro) weren't actually designed for or by NASA at all. But NASA-developed stuff is everywhere, from insulation to infant formula, from prostheses to fishing nets. Here are ten of our favorites that originated in the Shuttle program--the very program that just saw its last launch ever.

My Comment: Only 10?
Posted by War News Updates Editor at 7:00 AM No comments: 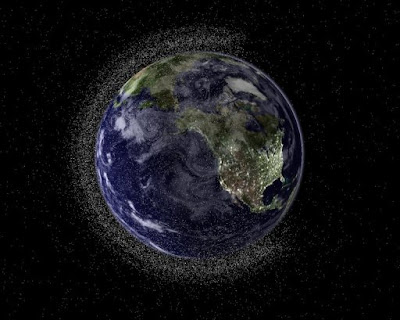 This handout illustration image created by Australia's Electro Optic Systems (EOS) aerospace company shows a view of the Earth with low-orbiting space debris. The US space agency is tracking a piece of space junk that could be on a path toward the International Space Station, where the shuttle Atlantis has just docked on its final mission, NASA said.
From Yahoo News/AFP:

The US space agency is tracking a piece of space junk that could be on a path toward the International Space Station, where the shuttle Atlantis has just docked on its final mission, NASA said Sunday.

However, NASA is not ready to say for sure whether the object is projected to collide with the shuttle and station, though the paths were likely to cross on Tuesday, said deputy manager of the space shuttle program LeRoy Cain.

"What we were told today is very preliminary," Cain said. "It is a potential right now."