How Much Water Should A Person Drink? 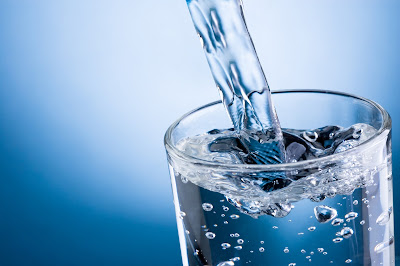 Live Science: How Much Water Do You Really Need To Drink?

You are what you eat — but if you want to get literal about it, you are mostly what you drink. So, how much of that should be water?

About 60 percent of the average adult human body is made of water, according to a National Institutes of Health report. This includes most of your brain, heart, lungs, muscles and skin, and even about 30 percent of your bones. Besides being one of the main ingredients in the recipe for humankind, water helps us regulate our internal temperature, transports nutrients throughout our bodies, flushes waste, forms saliva, lubricates joints and even serves as a protective shock absorber for vital organs and growing fetuses.

CSN Editor: The answer is .... Drink up when you're thirsty, and drink more when you sweat more. Your body will take it from there.
Posted by War News Updates Editor at 12:00 AM No comments:

The Pentagon Wants To Build A Real 'SkyNet'?

Chief of Naval Operations, Adm. John Richardson, gives a keynote address during the Naval Future Force Science and Technology (S&T) Expo, July 21, 2017. This is a slide from his presentation.
Patrick Tucker, Defense One: The Future the US Military is Constructing: a Giant, Armed Nervous System

Service chiefs are converging on a single strategy for military dominance: connect everything to everything.

Leaders of the Air Force, Navy, Army and Marines are converging on a vision of the future military: connecting every asset on the global battlefield.

That means everything from F-35 jets overhead to the destroyers on the sea to the armor of the tanks crawling over the land to the multiplying devices in every troops’ pockets. Every weapon, vehicle, and device connected, sharing data, constantly aware of the presence and state of every other node in a truly global network. The effect: an unimaginably large cephapoloidal nervous system armed with the world’s most sophisticated weaponry.

SCN Editor: A must read on what could be the weapon systems of the future.
Posted by War News Updates Editor at 12:00 AM No comments:

The Pentagon Is Using Software To Hunt Down Terrorists 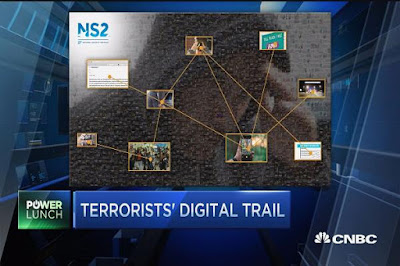 After less than eight months of development, the algorithms are helping intel analysts exploit drove video over the battlefield.

Earlier this month at an undisclosed location in the Middle East, computers using special algorithms helped intelligence analysts identify objects in a video feed from a small ScanEagle drone over the battlefield.

A few days into the trials, the computer identified objects — people, cars, types of building — correctly about 60 percent of the time. Just over a week on the job — and a handful of on-the-fly software updates later — the machine’s accuracy improved to around 80 percent. Next month, when its creators send the technology back to war with more software and hardware updates, they believe it will become even more accurate.

CSN Editor: The age of using software to pinpoint and target the enemy is now with us .... and it does not take much of an imagination to know that this is only going to become more effective (and deadlier) with time.
Posted by War News Updates Editor at 12:00 AM No comments: