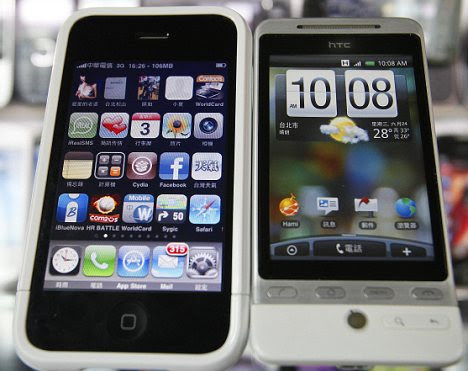 An HTC smartphone (right) alongside an Apple iPhone. Apple are suing HTC Corp for infringing on hardware and software patents
From The Daily Mail:

Apple has accused Taiwan’s HTC Corp of infringing 20 hardware and software patents related to the iPhone.

Although the lawsuit does not name Google Inc as a defendant, Apple’s move is viewed by many as an indirect attack on the company, whose Nexus One smartphone is manufactured by HTC.