Amazing Video Of What A Nuclear Explosion Looks Like

As things get hotter between Russia and NATO, Putin is waving his nuclear dick around. Russia plans to conduct massive nuclear war maneuvers. Yesterday it successfully tested its new Bulava ("Mace") submarine launched nuclear missile, hitting its target with complete accuracy with its dummy warheads.

The Red Fleet's Commander-in-Chief Admiral Viktor Chirkov said that it blasted off from the White Sea, hitting its objective in the Russian Federation's far east minutes later. The Bulava can travel for 5,000 miles (8,000 kilometers) to rain nuclear death in the form of six to ten warheads.

Let's pause a bit, look at this video, and reflect on this.

My Comment: I have seen this video before .... it is a testament to how inventive and destructive man can be at the same time.
Posted by War News Updates Editor at 6:00 AM No comments: 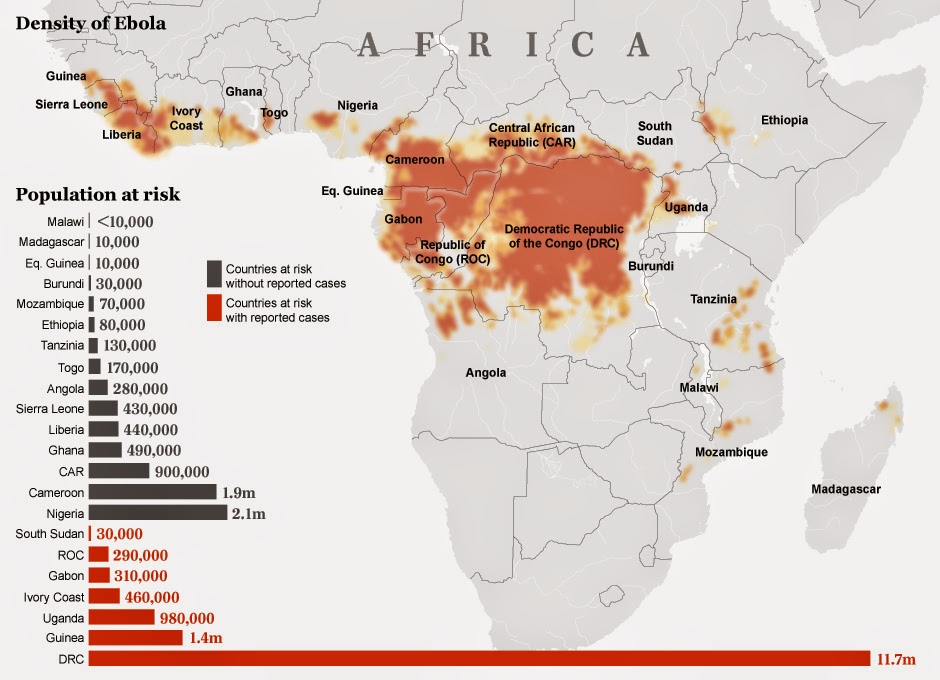 The deadliest Ebola outbreak in history could spread to a further 15 countries in West and Central Africa, putting up to 70 million people at risk of infection, a ground-breaking study has found.

Research by the University of Oxford compared historic outbreaks to the virus’ possible transmission in bats and chimpanzees to predict how the disease could spread through its vast animal reservoir.

It is the first time scientists have attempted to explain how the virus, which is contracted through contact with infected bodily fluids, has travelled westward across Africa.

The resulting map shows how the populations of the Central African Republic, Cameroon, Ghana and a dozen more countries could be hit by the outbreak, which has already killed nearly 2,300 people in 2014.


More News On The Ebola Crisis