What A Nuclear Accident May Cost

(Reuters) - A nuclear accident similar to the one at Japan's Fukushima reactor would cost France about 430 billion euros ($580 billion), or 20 percent of its economic output, French nuclear safety institute IRSN said in a study on the possible financial impact of a nuclear crisis.

A major disaster damaging one of France's 58 nuclear reactors and contaminating the environment with radioactive material would displace an estimated 100,000 people, destroy crops and create massive power outages, the study said.

"A major accident would have terrible consequences, but we would have to deal with them because the country wouldn't be annihilated, so we have to talk about it, however difficult it is," Jacques Repussard, the head of the public-funded IRSN, said on Wednesday at a presentation at the Cadarache nuclear research centre in southeastern France.

My Comment: The Chernobyl disaster left a legacy that will be present in that part of the Ukraine for centuries .... and the cost is unimaginable. If such a disaster should strike France .... ditto there. Now just imagine what a nuclear war would cost.
Posted by War News Updates Editor at 12:00 AM No comments:

The Top 50 Things People Want To Do Before They Die 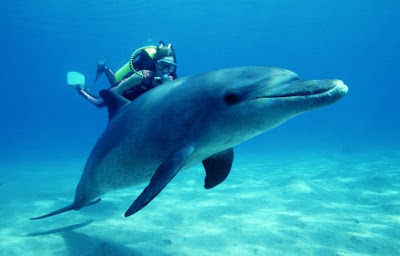 Dreams: Swimming with dolphins is 19th on the list, but sadly most of us will only fulfill five of our ambitions


See The Seven Wonders Of The World, Go On Safari And Swim With Dolphins: The Top 50 Things People Want To Do Before They Die -- Daily Mail

Seeing the seven wonders of the world, going on safari in Africa and swimming with dolphins are among the list of 50 things the average person wants to do before they die.

But sadly researchers have found that most adults will only ever fulfill five of their lifelong ambitions.

Many feel they do not have enough time to tick off the experiences, while others admit to not being fit or adventurous enough or being too afraid of getting hurt.

CSN Editor: #7 is on the top of my list.
Posted by War News Updates Editor at 2:00 AM No comments:

Human remains found buried beneath a social services car park in Leicester are those of Richard III who was killed in battle in 1485, archaeologists confirmed today.

In an extraordinary discovery which rewrites the history books, the skeleton of the last of the Plantagenet kings was identified by DNA analysis after researchers traced his living descendants.

Investigators from the University of Leicester today revealed that the remains bore the marks of ten injuries inflicted shortly before his death.

More gruesome, however, was evidence of ‘humiliation’ injuries, including several head wounds - part of the skull was sliced away - a cut to the ribcage and a pelvic wound likely caused by an upward thrust of a weapon, through the buttock.

My Comment: This closes the chapter on one fascinating archaeological hunt.
Posted by War News Updates Editor at 1:00 AM No comments:

The Rise Of The Robots

Obama Must Face The Rise Of The Robots -- Edward Luce, Financial Times

Technology will leave a large chunk of the US labour force in the lurch. Early in his first term Barack Obama joked that he would “keep an eye on the robots in case they try anything”. He should have known resistance is futile. During Mr Obama’s presidency, IBM’s Watson has proved computers can outfox the most agile minds, drones have become America’s weapon of choice, the driverless car is now a reality and the word “app” has been detached from its origin. No longer the realm of science fiction, the rise of robots now poses the central economic dilemma of the Obama era.

My Comment: The genie is out of the bottle .... I doubt that it can be plugged back in.
Posted by War News Updates Editor at 12:00 AM No comments: