The Growth Of Snapchat 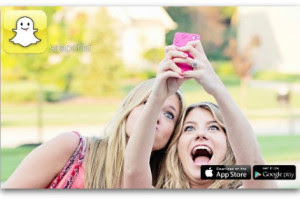 A smartphone app that shares self-destructing photos has emerged as Silicon Valley’s latest obsession after withstanding a head-on challenge from social-networking group Facebook. Snapchat, whose popularity among teenagers has made it a US hit, has been in the App Store’s top 10 for the past few months. The free app’s disposable photos mark it out against rivals such as Instagram, one of last year’s most-hyped apps.

My Comment: This is a smart idea .... and does help to create that personal and private environment that many people crave for.
Posted by War News Updates Editor at 6:00 AM