Astronomers Estimate That at Least 100 Billion Planets Populate the Galaxy 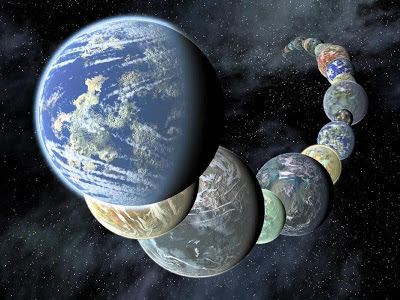 A new analysis of data from NASA's Kepler mission finds evidence for at least 100 billion planets in our galaxy. (Credit: NASA/JPL-Caltech)

Look up at the night sky and you'll see stars, sure.

But you're also seeing planets -- billions and billions of them. At least. That's the conclusion of a new study by astronomers at the California Institute of Technology (Caltech) that provides yet more evidence that planetary systems are the cosmic norm. The team made their estimate while analyzing planets orbiting a star called Kepler-32 -- planets that are representative, they say, of the vast majority in the galaxy and thus serve as a perfect case study for understanding how most planets form.