A 'Flower' On The Surface Of Mars? 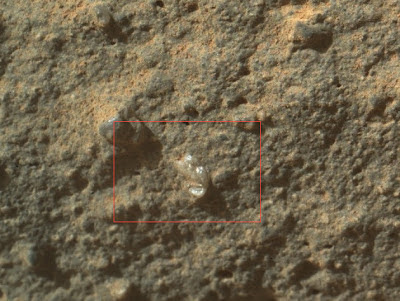 NASA has released a series of new photos taken by its Curiosity rover that appear to show a “flower” on the surface of Mars.

NBCNews.com’s photo blog reports that the photos were taken as part of an effort to capture 360-degree images during Curiosity’s trek through Mars’ Yellowknife Bay.

New Jersey-based journalist and photographer Ken Kramer has assembled the Curiosity photographs, adding color to give a realistic view of what the rover is seeing on the planet’s surface.

My Comment: I doubt that it is a 'flower' .... but it is an interesting geological anomaly.
Posted by War News Updates Editor at 3:00 AM