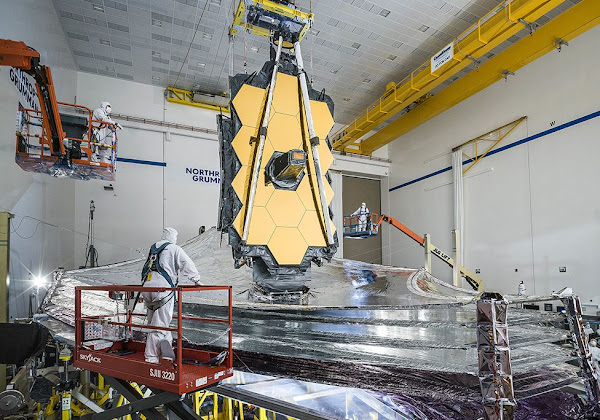 So much could go wrong, but the engineering teams believe they have all eventualities covered

Engineers like to describe the process of landing a rover on Mars as the "seven minutes of terror".

That's how long it takes for a robot to come to a standing-stop at the surface of the Red Planet after entering the atmosphere faster than a rifle bullet; and so much has to go right in-between to avoid smashing into the ground.

But when it comes to the James Webb Space Telescope (JWST), it's more like "two weeks of terror".

The successor observatory to the mighty Hubble telescope has been built to see the very first stars to shine in the Universe.

CSN Editor: This new telescope took years to assemble at a cost of $10 billion. So yes. This launch and deployment better work out.

Posted by War News Updates Editor at 9:00 AM