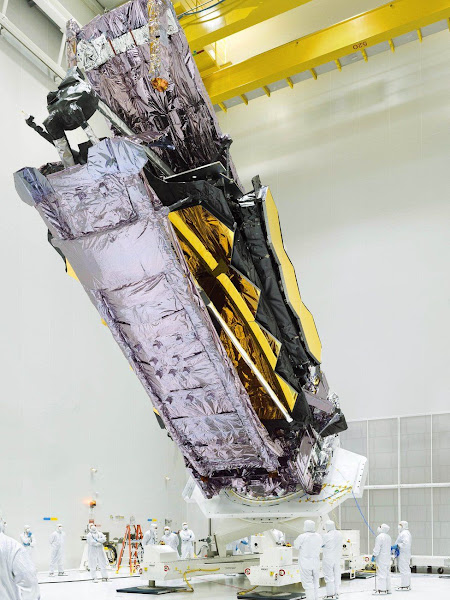 Engineers have unboxed the James Webb Space Telescope in French Guiana and will now prepare it for launch.

The $10bn successor to the Hubble observatory arrived at Europe's Kourou spaceport five days ago after being shipped from the US.

It's now been relieved of its transport container and raised into the vertical to allow preflight checks to begin.

JWST is one of the grand scientific projects of the 21st Century and will ride to orbit on 18 December.

CSN Editor: The space telescope will be launched on December 18.