'Google' Is The Most Searched Word On Bing 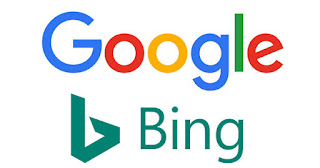 BBC: 'Google' is most searched word on Bing, Google says

The top entry on Microsoft's Bing search engine is for its rival Google, Google has said.

The claim was made in court, as Google made its case to appeal against a €4.3bn ($5bn) fine from the European Union for abusing its market power.

The EU accused Google of using Android's success in the smartphone market to make Google the default search engine. But Google says its service is simply the most popular.

"We have submitted evidence showing that the most common search query on Bing is, by far, 'Google'," lawyer Alfonso Lamadrid told the EU General Court, as first reported by Bloomberg.

CSN Editor: I am willing to bet that Bing is not the most searched word on Google.

Posted by War News Updates Editor at 5:00 AM