The 'New' NASA Will Look Back At Earth 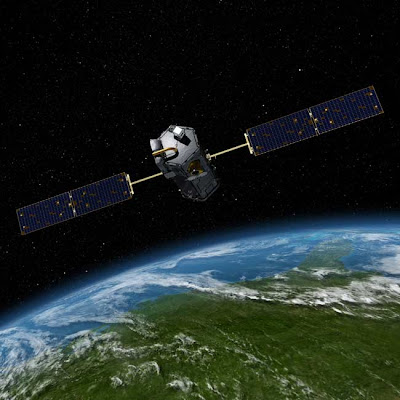 An artist's concept of the Orbiting Carbon Observatory. Credit: NASA
From Live Science:

NASA's new proposed budget will in part shift the space agency's focus from landing people on the moon back to Earth, with more money slated to go to projects that will help us understand our planet's climate and even plans to re-launch the carbon observatory that failed to launch last year.

The 2011 proposed budget for NASA, announced on Monday, cancels the Constellation program to build new rockets and spacecraft optimized for the moon, but increases NASA's overall budget by $6 billion over the next five years. Of that $6 billion, about $2 billion will be funneled into new and existing science missions, particularly those aimed at investigating the Earth sciences, particularly climate.