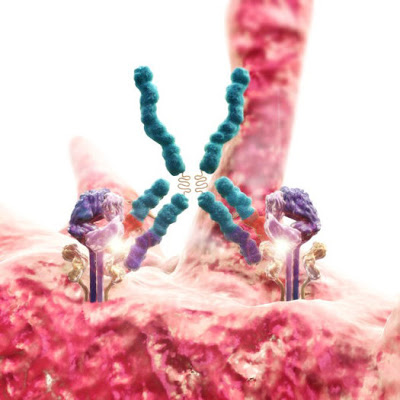 Finding Antibodies Medical hide and seek could get a boost from Google Tolerx, Inc
From Popular Science:

Google has quietly put millions of dollars' worth of resources into a biotech startup that creates targeted antibody drugs that single out diseased targets among healthy cells. The Internet search giant ultimately hopes that computer models alone could identify the best antibody for particular targets for testing in human clinical trials. That would speed up or even replace the usual "wet lab" work and years spent on drug safety testing in animals and humans that costs hundreds of millions of dollars, according to Xconomy.