Do Not Adjust Your Sets: Solar Storms Could Cause Blackouts At Olympics 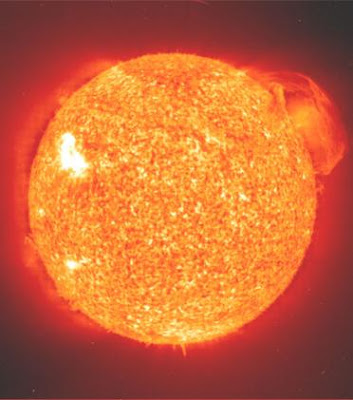 Solar flares erupting from the surface of the Sun fling billions of tonnes of electrically-charged matter towards the Earth in a solar storm. ESA/ASA
From The Independent:

With terrorist threats, dire transport links and overspent budgets you'd be forgiven for thinking that the 2012 London Olympics had enough problems to worry about. But another nightmare scenario has just been added to the Olympic dream – a communications blackout caused by solar storms.

After a period of unprecedented calm within the massive nuclear furnace that powers the Sun, scientists have detected the signs of a fresh cycle of sunspots that could peak in 2012, just in time for the arrival of the Olympic torch in London.