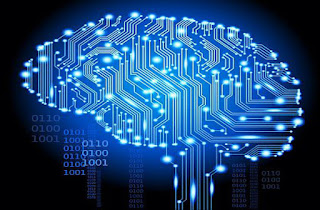 Will artificial intelligence bring us utopia or destruction?

Last year, a curious nonfiction book became a Times best-seller: a dense meditation on artificial intelligence by the philosopher Nick Bostrom, who holds an appointment at Oxford. Titled “Superintelligence: Paths, Dangers, Strategies,” it argues that true artificial intelligence, if it is realized, might pose a danger that exceeds every previous threat from technology—even nuclear weapons—and that if its development is not managed carefully humanity risks engineering its own extinction. Central to this concern is the prospect of an “intelligence explosion,” a speculative event in which an A.I. gains the ability to improve itself, and in short order exceeds the intellectual potential of the human brain by many orders of magnitude.

Such a system would effectively be a new kind of life, and Bostrom’s fears, in their simplest form, are evolutionary: that humanity will unexpectedly become outmatched by a smarter competitor. He sometimes notes, as a point of comparison, the trajectories of people and gorillas: both primates, but with one species dominating the planet and the other at the edge of annihilation. “Before the prospect of an intelligence explosion, we humans are like small children playing with a bomb,” he concludes. “We have little idea when the detonation will occur, though if we hold the device to our ear we can hear a faint ticking sound.”

CSN Editor: A thought provoking article on the implications of developing AI platforms. I still believe that mankind .... because of its survival instincts .... will never put itself in a position where it may be destroyed. Still .... one has to wonder and it is on this issue that this New Yorker post is a must read.
Posted by War News Updates Editor at 9:00 PM