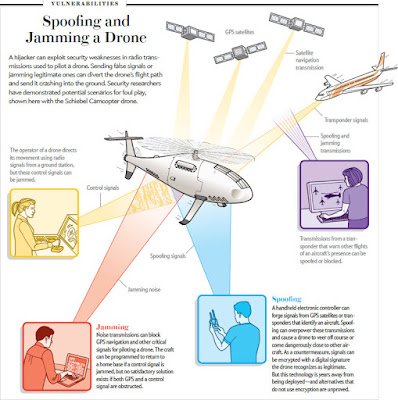 * System was installed for the first time on the roof of Scotland Yard
* Specialised equipment can detect, track and even intercept drones
* The £700,000 device could be used to defend critical infrastructure

A device to block drones flown by terrorists will be used at major public and sports events following a successful trial at London’s Remembrance Sunday parade.

The system was installed on the roof of Scotland Yard, close to where the commemoration took place – the first time it has been deployed by police in the UK.

CSN Editor: I guess it will only be a matter of time before this tech becomes affordable and widely used.
Posted by War News Updates Editor at 6:00 PM