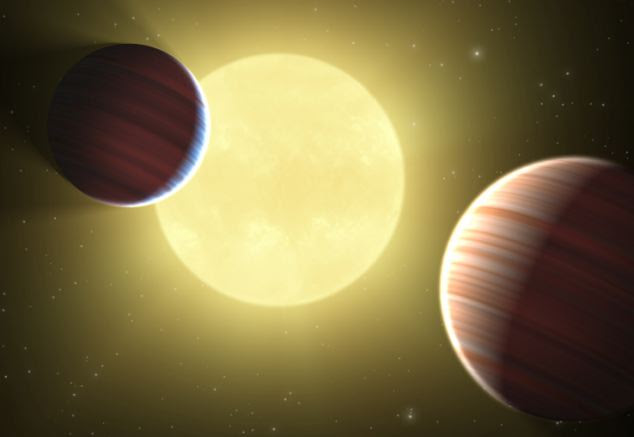 An artist's impression of the two Saturn-sized planets as they orbit the same star
From The Daily Mail:

It is the first time more than one planet has ever been discovered 'transiting' a single star.

The two planets were discovered by the space telescope Kepler and will give scientists vital information about how planets were formed and how they interact with each other.