Death Of The Couch Potato: 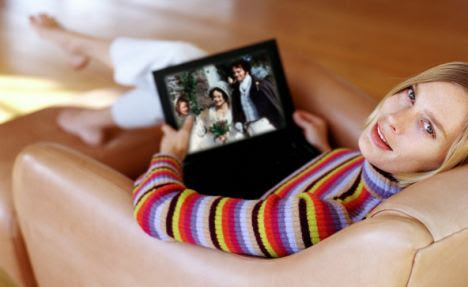 More users are watching TV on their laptops than ever before, according to a new study (picture posed by model)
Death Of The Couch Potato: Study Finds More Than A Third Of Viewers Now Watch Their Favourite TV Shows Online -- Daily Mail
An increasing number of viewers are watching their favourite TV shows online rather than on television, a new survey as found.

More than a third of users (34 per cent) now watch their favourite programmes online compared to only 29 per cent who watch them mostly on television.

The figures - from a joint survey by SeeSaw.com and Radio Times - show how the way we consume television is changing rapidly.

My Comment: Count me as one of those who watches 90% of his shows and movies online.
Posted by War News Updates Editor at 6:00 AM