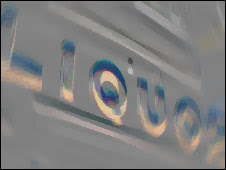 US scientists have shown what they say is a direct link between the number of shops selling alcohol in an area and the violence occurring there.

The study was conducted in Cincinnati and considered all types of outlet, including bars and restaurants.

The more shops selling alcohol in an area, the scientists say, the more assaults were recorded there.

They presented the study at the American Association for the Advancement of Science annual meeting.

Professor William Pridemore from Indiana University, who led the study, spoke at the meeting in San Diego.