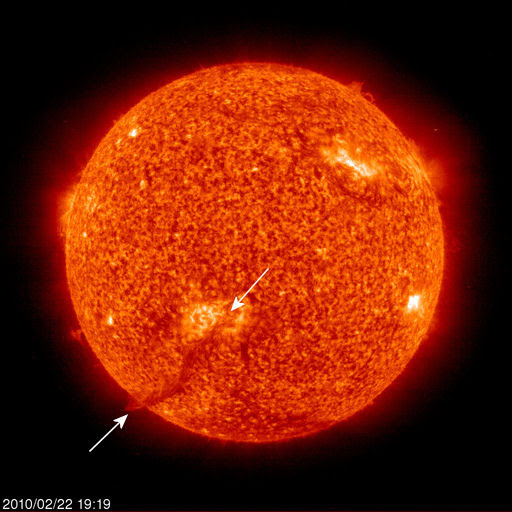 From Watts Up With That?

The Solar and Heliospheric Observatory (SOHO) is tracking an enormous magnetic filament on the sun. It stretches more than one million kilometers from end to end, which makes it an easy target for backyard solar telescopes. For the seventh day in a row, an enormous magnetic filament is hanging suspended above the surface of the sun’s southern hemisphere. The Solar and Heliospheric Observatory (SOHO) has a great view. How long can it last? Solar filaments are unpredictable. If this one collapses and hits the stellar surface, the impact could produce a powerful Hyder flare.