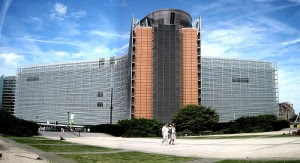 The European Commission has acknowledged receipt of three antitrust complaints against Google. It did not identify the companies and said it had not started a formal investigation.

“The Commission can confirm that it has received three complaints against Google which it is examining. The Commission has not opened a formal investigation for the time being,” an unidentified E.U. executive said in a statement on Wednesday.