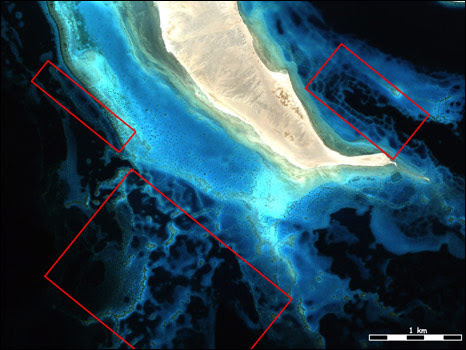 The honeycomb reef shape dominates the region.
From The BBC:

Their distinctive appearance can be seen clearly in satellite images of the region and has its origin in seabed erosion thousands of years ago.

The scientists say the corals have simply adopted and accentuated the pattern created in once-exposed rock moulded by heavy rains.

They presented the findings at the Ocean Sciences meeting in Portland, US.