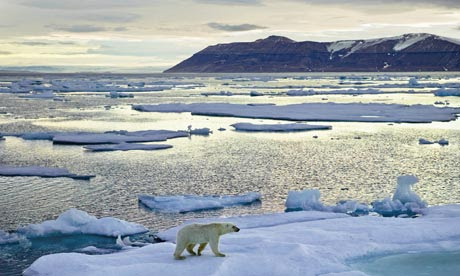 Oil and gas in the Arctic are seen as ripe for exploitation by the Russian energy industry. Photograph: Hans Strand/ Hans Strand/Corbis
From The Guardian:

A prototype floating nuclear power station being constructed at the SevMash shipyard in Severodvinsk is due to be completed next year. Agreement to build a further four was reached between the Russian state nuclear corporation, Rosatom, and the northern Siberian republic of Yakutiya in February.