Meet The Ancestors: DNA Study Pinpoints Namibia As Home To The World's Most Ancient Race 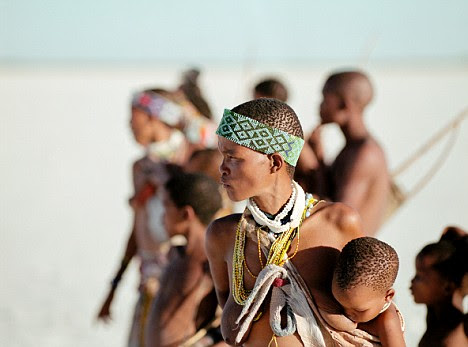 The San people, hunter-gatherers in south-west Africa for thousands of years, are believed to be the oldest population of humans on Earth
From The Daily Mail:

Scientists have long known that humans originated in Africa, but now a groundbreaking DNA study has revealed our 'Garden of Eden' is likely to be on the South African-Namibian border.

For it is the San people, hunter-gatherers in this area for thousands of years, who researchers now believe are the oldest human population on Earth.

They are descended from the earliest human ancestors from which all other groups of Africans stem and, in turn, to the people who left the continent to populate other corners of the planet.