The First European: Created From Fragments Of Fossil, The Face Of Our Forbears 35,000 Years Ago 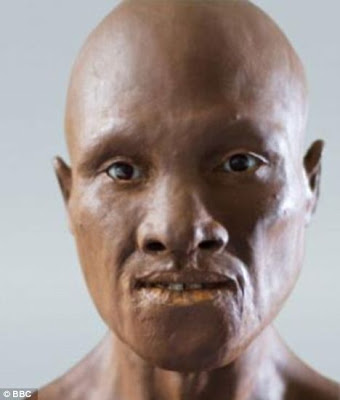 The first modern European: Forensic artist Richard Neave reconstructed the face based on skull fragments from 35,000 years ago
From Daily Mail:

Dressed in a suit, this person would not look out of place in a busy street in a modern city.

The clay sculpture, however, portrays the face of the earliest known modern European - a man or woman who hunted deer and gathered fruit and herbs in ancient forests more than 35,000 years ago.

It was created by Richard Neave, one of Britain's leading forensic scientists, using fossilised fragments of skull and jawbone found in a cave seven years ago.