An Invention That Could Change The Internet For Ever 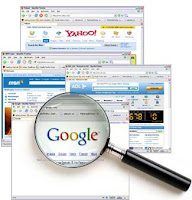 Revolutionary new web software could put giants such as Google in the shade when it comes out later this month. Andrew Johnson reports

The biggest internet revolution for a generation will be unveiled this month with the launch of software that will understand questions and give specific, tailored answers in a way that the web has never managed before.

The new system, Wolfram Alpha, showcased at Harvard University in the US last week, takes the first step towards what many consider to be the internet's Holy Grail – a global store of information that understands and responds to ordinary language in the same way a person does.

Although the system is still new, it has already produced massive interest and excitement among technology pundits and internet watchers.