Web-Crawling Computers Will Soon Be Calling The Shots In Science 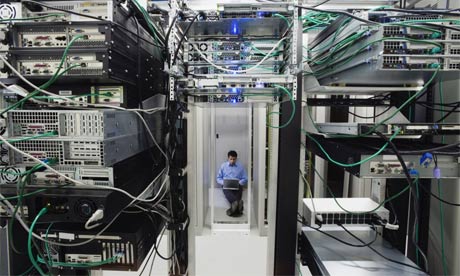 Computers may by programmed to generate hypotheses with little human intervention required. Photograph: Corbis
From The Guardian:

Within a decade, computers will be able to plough through scientific data looking for patterns and connections – then tell scientists what they should do next.

Move over scientists – computers will be asking the questions from now on. They will trawl the millions of scientific papers on the web and suggest new hypotheses for humans to test, according to an article in tomorrow's issue of Science.