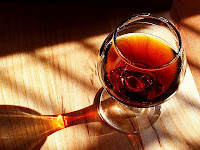 How Red Wine Prolongs Life: Scientists Uncover How 'Miracle Ingredient' Boosts Body’s Cell Energy -- Daily Mail
Scientists claim to have discovered the secret of how an ingredient in red wine could be the key to a longer life.

The ‘miracle ingredient’ resveratrol credited with anti-ageing powers, and the ability to work against cancer, heart disease and obesity, really does boost the body’s supply of cell energy, claim researchers.

But it is only ‘switched on’ in the presence of a gene called SIRT1 that is the key to longevity and energy.

My Comment: I can drink to that.
Posted by War News Updates Editor at 7:00 AM No comments: 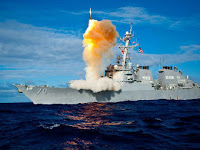 Obama Missile Defense Plan Scrutinized -- Blog Critics
The National Academy of Sciences (NAS) is a corporation in the United States whose members serve as "advisers to the nation on science, engineering, and medicine.” The Washington based group is expressing concern as to the Obama administration's Europe-based missile defense shield future plans, and has detailed a plan of its own which scraps key parts of the Obama plan.

My Comment: The Russians are not going to listen to these scientific concerns, and the White House will not alter their policy in an election year.
Posted by War News Updates Editor at 5:00 AM No comments:

Has Physicits Crack The Fusion Mystery 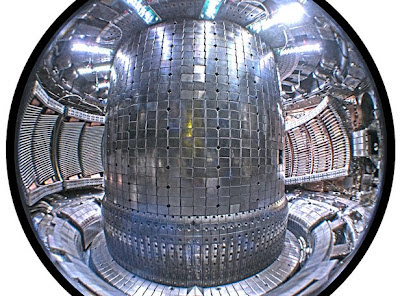 One reason it's taking decades to develop fusion reactors that can generate electricity is that physicists don't completely understand what's going on in the high-temperature plasma inside a reactor. Under certain conditions, the plasma—which is where fusion reactions take place—disappears in under a millisecond.


Johns Hopkins Astronomer Discovers How Black Holes Work -- CBS
BALTIMORE (WJZ)– Johns Hopkins is again at the center of groundbreaking research. One of their astronomers had a simple idea, and as Mike Schuh reports, it led to a once in a lifetime discovery about black holes.

Black holes are out there sucking up stars like cosmic vacuum cleaners. But they’re invisible. We’ve never seen them work in real time… until now. A Hopkins-led team found a star caught by a black hole’s gravity.

Time-Lapse Video Shows Construction Of New York's Tallest Tower -- The Telegraph
A time-lapse video recorded over a seven-year period was released on Monday as One World Trade Center was officially recognised as the tallest skyscraper in New York City.

The two-minute recording details the construction of the tower from its bare concrete foundations in 2004 to the monumental glass tower as it stands today.

The milestone was recognised as workers erected a 12-ton steel column onto the top deck of the building, giving it a height of a little over 1,250ft – marginally taller than the Empire State Building.

A Brand New Copy Of The Titanic To Be Built

The mining billionaire told Australian media that construction would start at the end of next year.

The plan, he added, was for the vessel to be as similar as possible to the original Titanic in design and specifications, but with modern technology.

Iran Preparing To Cut Internet Access To Rest Of World Iran Planning To Cut Internet Access To Rest Of World -- The Telegraph
Iran is drawing up plans to cut off its internet users from the rest of the world with a so-called Halal or "clean" internet.

Iranians are already used to censors blocking Facebook, Gmail and foreign news sites, and being spied on with surveillance software purchased from Western companies.

But the ambitious plans would go much further, blocking access to foreign-based social media sites and email. Instead, there will be an Iranian version of Facebook and a new email service, to be called Iran Mail. Users will have to register their home address and social security number with police.

My Comment: It's hard to contemplate living in what is essentially a modern religious dictatorship .... but that's the life for all Iranians.
Posted by War News Updates Editor at 1:00 AM No comments: