Jaguar To Be The World's Fastest Supercomputer Again

Back in June when the latest edition of TOP500 dropped (TOP500 lists the world’s top supercomputers), Japan’s K Computer leapt ahead of China’s Tianhe-1A supercomputer to become the biggest, baddest computing platform on the planet. But after more than a year of slipping down the ranks as its competitors across the Pacific surged ahead, Oak Ridge National Labs Jaguar supercomputer is poised to become the fastest computer in the world once more.

Rumor: Apple's iPad 3 Moving into Production Early -- Techland
Move over iPhone 4S and iPhone 5 rumors, here comes the iPad 3! What, you thought the grapevine was closed with Apple's iPhone 4S hitting shelves today? Not when it sounds like Apple's newest slate is right around the corner...if we buy Susquehanna Financial analyst Jeff Fidacaro's claims, anyway.

Fidacaro believes, based on supply chain probing, that Apple's ramping up fourth quarter iPad production activity because it plans to produce—ahead of schedule— as many as one million iPads 3s yet this year.

My Comment: I so wish it was on the market right now. Sighhh ... but I have to wait.
Posted by War News Updates Editor at 3:00 PM No comments:

Finding Out Who Wrote the Bible Write stuff: The computer program searches for how common words are used throughout the scriptures
Computer Program To Reveal Who Wrote The Bible -- Daily Mail
* Can determine when passage has been written by more than one person and when new author takes over
* Scientists and scholars have written algorithm that analyses writing styles

Precisely who wrote the Bible has been debated for centuries – but now scientists have devised a computer program that sheds much more light on the sources of the various religious texts within it.

Israeli computer scientists and Bible scholars have written an algorithm that analyses the writing styles found within various sections.

While it can’t pinpoint an individual author, the program has been able to determine when a passage has been written by more than one person and can detect the point at which a new author has taken over.

Stealth Weapons From Around The World 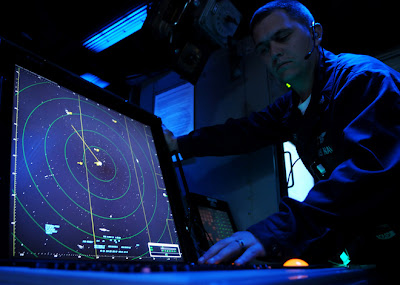 Photo: Department of Defense/Flickr
Now You See ‘Em, Now You Don’t: Stealth Weapons From Around The World -- The Danger Room
Not long ago, the U.S. was the only country in the world with aircraft that could stroll the skies without fear of being caught. Not any more. Today, militaries from around the world — including Russia and China — are developing their own stealth arsenals. The American monopoly on near-invisible flight is being eroded.

Stealth technology makes vehicles sneakier by limiting the signatures that give them away to enemy radar, sensors and ears. To reduce a plane's radar cross section, designers have two basic options: shape an aircraft to cast incoming radar away from its originating source and coat it to absorb radar waves.

Steve Wozniak First In Line As Apple's iPhone 4S Goes On Sale -- L.A. Times
Steve Wozniak, the man who co-founded Apple with the late Steve Jobs, was first in line waiting to buy an iPhone 4S at an Apple Store in Los Gatos on Friday.

The Los Gatos Apple Store opened at 8 a.m., but Wozniak queued up about 18 hours before the store's opening, as he mentioned on Twitter from his @stevewoz account on Thursday, writing:

The long wait begins. I'm first in line. The guy ahead was on the wrong side and he's pissed.

My Comment: Good for him.
Posted by War News Updates Editor at 11:00 AM No comments: