The Beauty Of Pollination (Video)

Can You Crack It? Britain's Spy Agency Looking To Hire Top Cyber Hackers

Can You Solve This Code? Then This U.K. Spy Agency Might Want To Hire You -- National Post/AFP
LONDON — No longer content with simply approaching the brightest from the universities of Oxford and Cambridge, Britain’s intelligence agency GCHQ has launched a code-cracking competition to attract new talent.

The electronic surveillance organisation, the U.K. Government Communications Headquarters, is asking potential applicants to solve a code posted on a website.

CSN Editor: The GCHQ spy recruitment code problem has been solved (in a few hours after being posted online).
Posted by War News Updates Editor at 8:00 AM No comments:

Oldest Evidence Of Violence Between Humans Unearthed In China 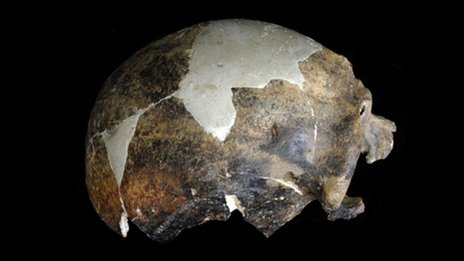 Maba "man" took a wallop from something, but lived to fight another day. BBC
Ancient Skull Found In China May Be Oldest Evidence Of Violence Between Humans -- The Telegraph
An ancient skull discovered in China may be the oldest evidence of violence between humans, according to researchers.

“There are older cases of bumps and bruises and cases of trauma,” said Erik Trinkaus from Washington University in St Louis, US, to the BBC.”

But this is the first one I am aware of where the most likely interpretation is getting whooped by someone else – to put it bluntly.”

The skull was unearthed in a cave near Maba in 1958 but its significance only came to light recently.