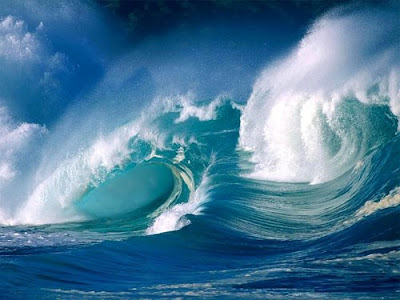 Most of the planet is covered by the oceans, and they absorb a staggering amount of energy from the sun each day. Ocean thermal energy conversion, or OTEC, taps into this energy to produce electricity.

Ocean thermal energy conversion relies on the fact that water near the surface is heated by sunlight while seawater deep in the dark is much colder. OTEC plants use warm surface water to heat ammonia or some other fluid that boils at a low temperature. The resulting gas is used to drive turbines that produce electricity. The gas is then cooled by cold water pumped up from the ocean depths and the resulting fluid is recycled to help generate power.