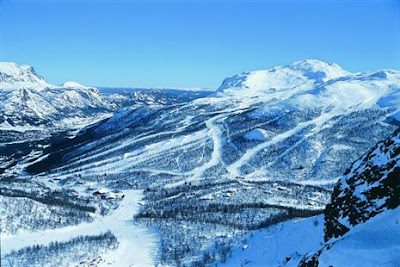 From Watts Up With That?:

www.Skiinfo.com is following still more heavy snowfalls across Europe over the past 48 hours, with much more snow in other parts of Europe and many areas of North America too.

The snowfall has been so great that it has closed roads, brought down power lines and even led to the cancellation of some Swiss rail services this week.