Are We Witnessing The 6th Great Mass Extinction? 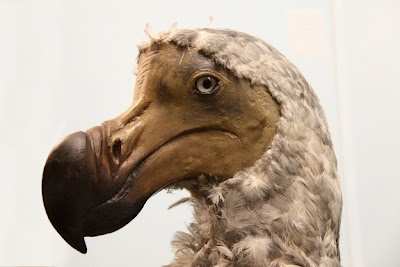 Will 75 percent of Earth's species go the way of the dodo?
CREDIT: Dreamstime
Humans On Verge Of Causing 6th Great Mass Extinction -- Live Science
Are humans causing a mass extinction on the magnitude of the one that killed the dinosaurs?

The answer is yes, according to a new analysis — but we still have some time to stop it.

Mass extinctions include events in which 75 percent of the species on Earth disappear within a geologically short time period, usually on the order of a few hundred thousand to a couple million years. It's happened only five times before in the past 540 million years of multicellular life on Earth. (The last great extinction occurred 65 million years ago, when the dinosaurs were wiped out.) At current rates of extinction, the study found, Earth will enter its sixth mass extinction within the next 300 to 2,000 years.

My Comment: The data speaks for itself .... we are experiencing the 6th Great Mass Extinction
Posted by War News Updates Editor at 2:00 AM